A few simple numbers: The tale of the respiration lander 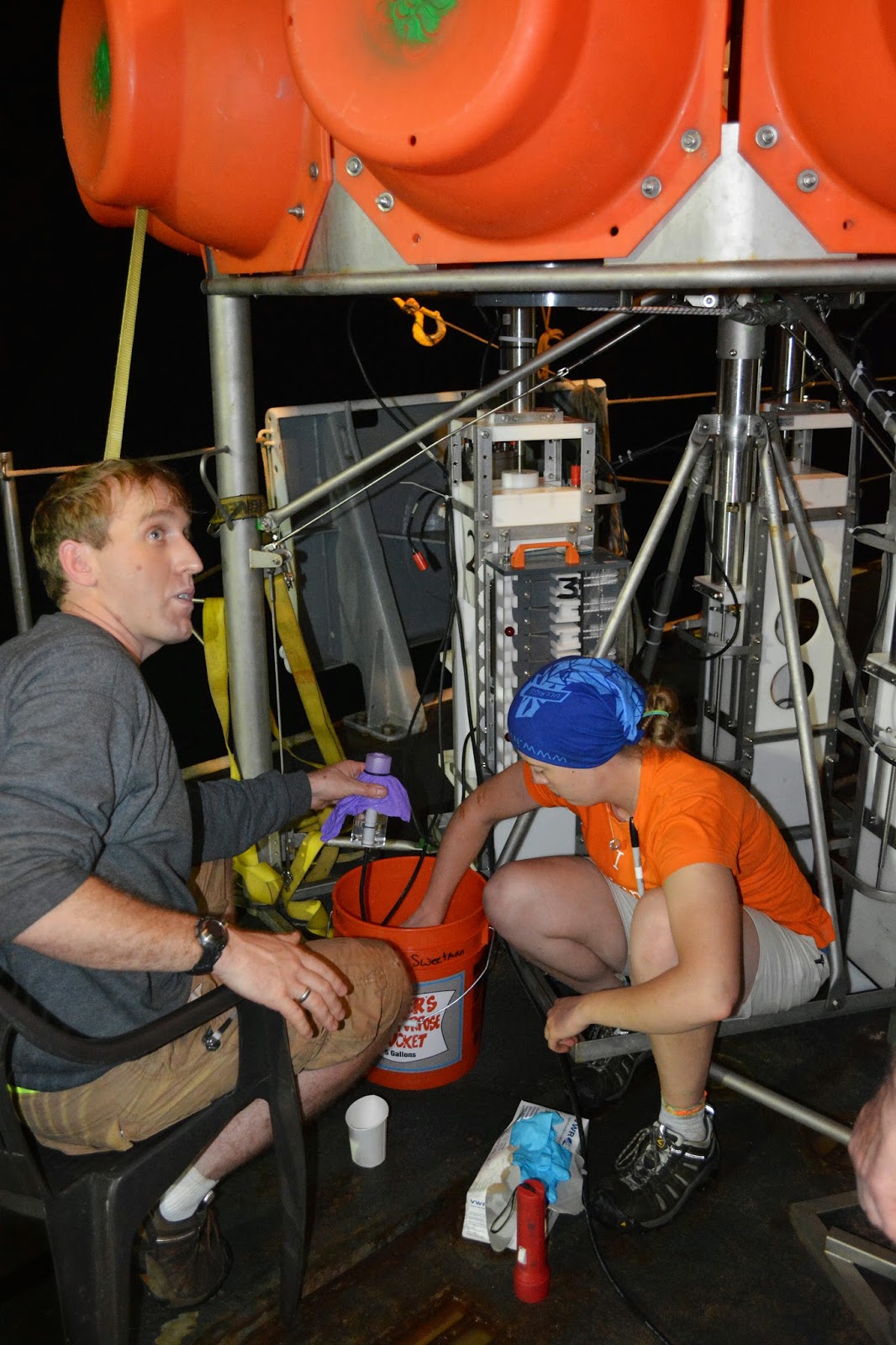 The moonlight shone on the water in a bright streak, like a yellow brick road to the horizon. Various crew members chatted amongst themselves as they loitered on the deck. Just a few yards away, two scientists crouched beneath a ring of bright orange floats, making some last-minute adjustment that nobody dared to interrupt.

With one signal to the crew and a few frantic triple-checks, the lander was ready to go. The massive metal frame with her crown of floats was lifted over the side of the ship, released with a tug, and sent on her way to the deep. 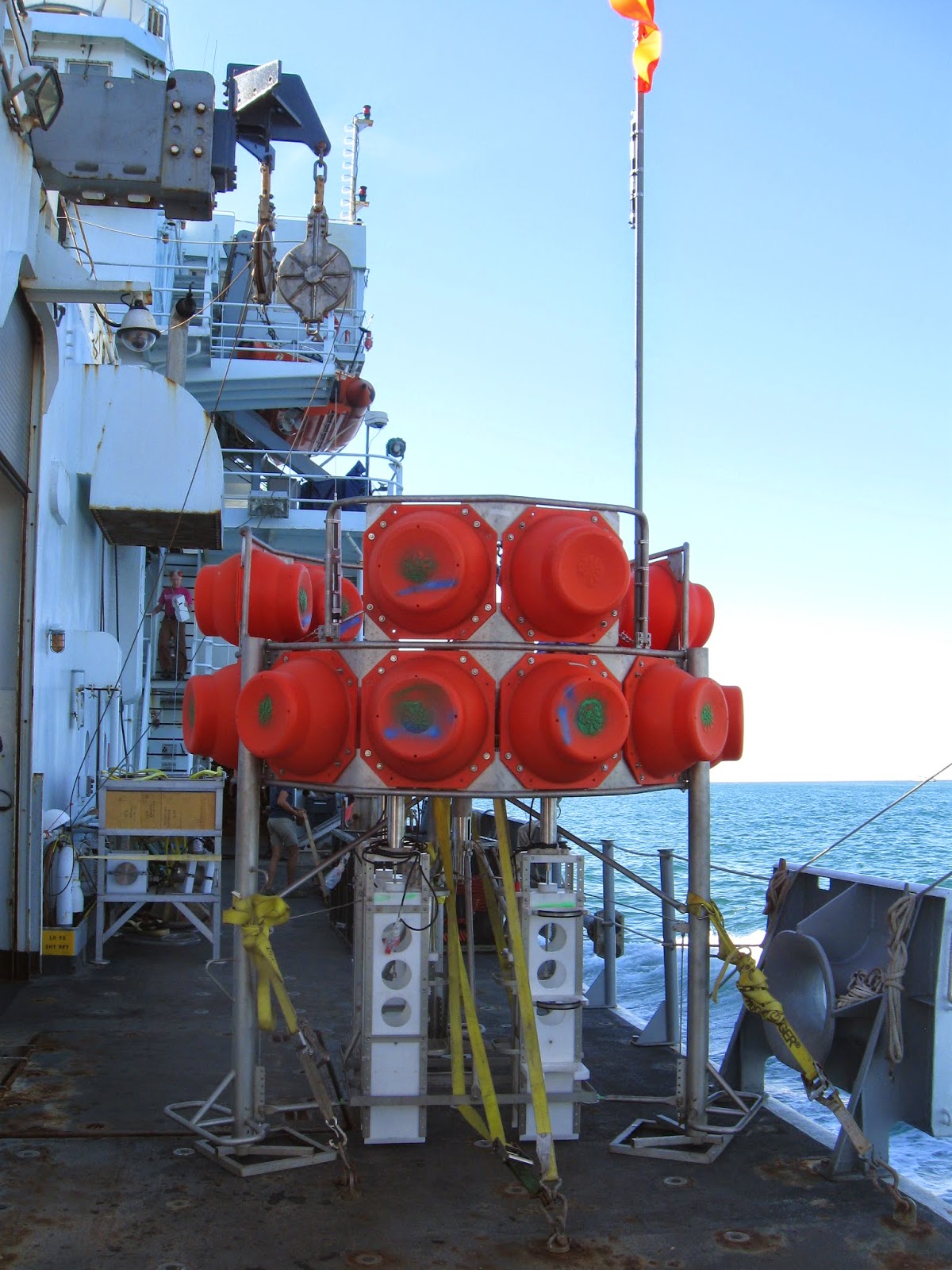 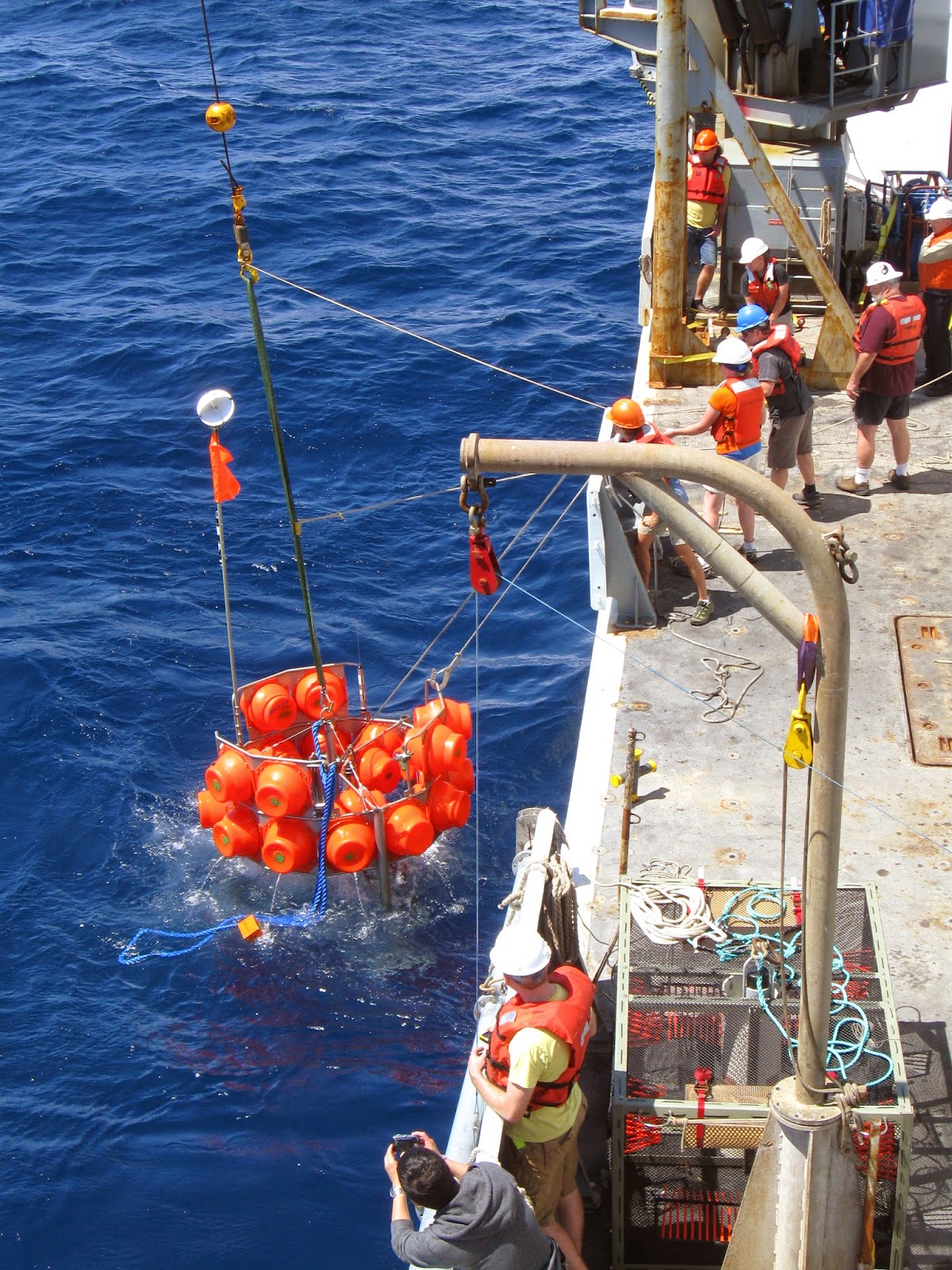 The respiration lander is now in her fourth deployment of the cruise, and she is bringing back valuable data. The lander houses three benthic chambers – white plastic boxes that are pushed into the seafloor. By penetrating the sediment, the chambers effectively seal off an area of the seafloor, and we can measure the decrease in oxygen concentration over time in this isolated area. Oxygen concentration shows us the respiration rate, and the respiration rate shows us how active the organisms are.
Deep-sea sediments are filled with all sorts of organisms that cannot be seen with the naked eye. Prokaryotes, foraminiferans, nematodes, harpacticoids, polychaetes – the list of multisyllabic names goes on. Our job is to figure out how much carbon these animals consume and how much oxygen they respire, then compare our numbers to similar measurements from other areas of the ocean. 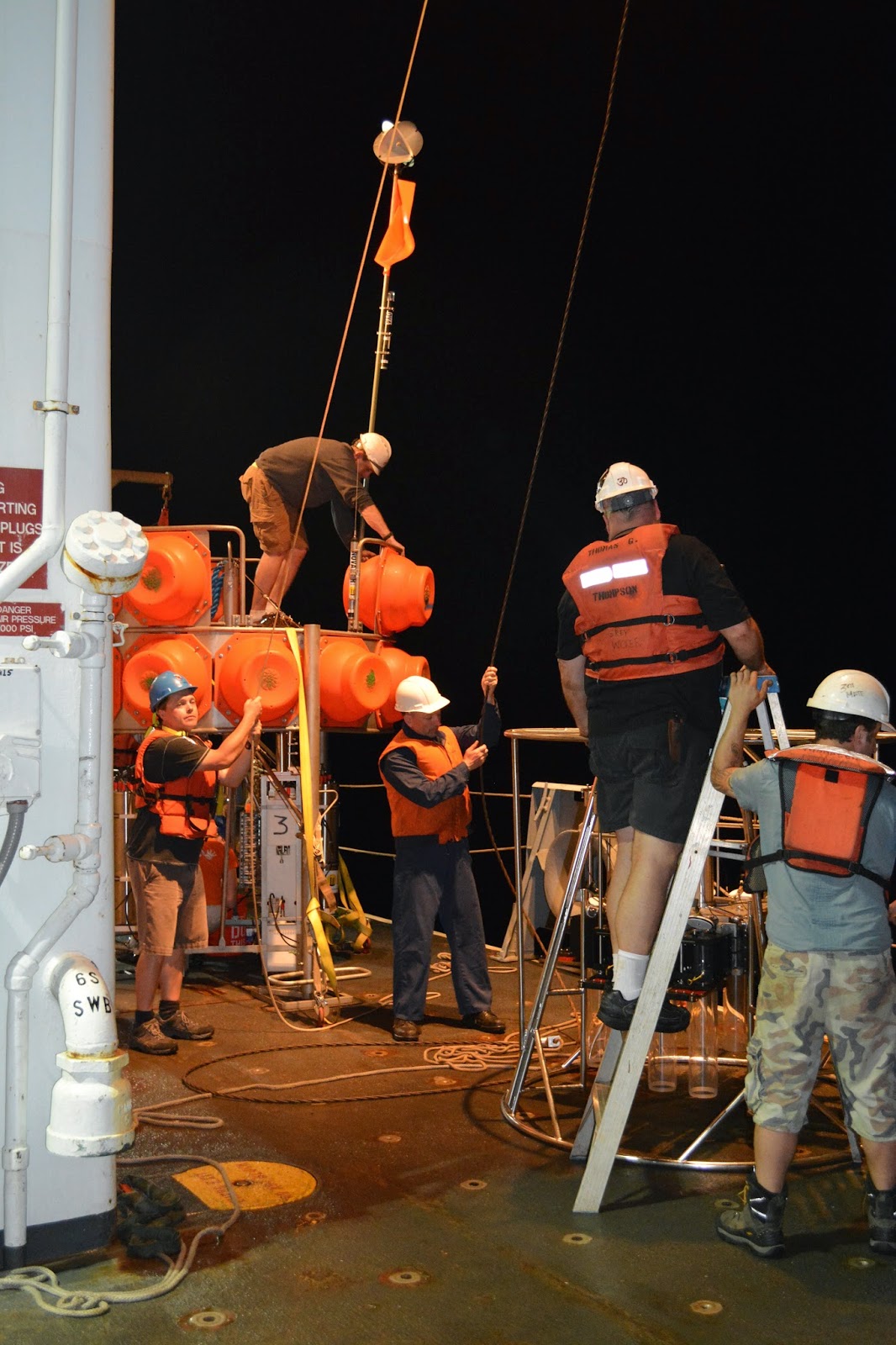 Andrew Sweetman, my adviser, has been developing his respiration lander for years. It’s been specifically designed to not only measure respiration but also run in situ experiments at the deep seafloor. Let’s say you want to figure out what path carbon takes as it gets worked through the benthic food web. Where does the energy go? Who eats whom? There’s a simple way to find out – well, as simple as engineering a 3-ton, quarter-million dollar lander and deploying it to the abyssal plain.
While the lander is sitting on the sediment and the optodes are measuring away, we artificially add some carbon to the benthic chambers. The added carbon is chemically labeled with heavy isotopes – carbon atoms that have 13 neutrons instead of 12 – so we can find it later and tell whose bodies it ends up in. You are what you eat, right?

The lander is a complicated piece of equipment, and the data it collects are both rare and valuable. Standing on the edge of the deck, watching the lander sink away in the moonlight, we can only hope she will return to the surface again. Just a handful of samples and a few simple numbers allow us to push back the frontiers of science, one step at a time.

Written by: Kirstin Meyer, University of Oregon/International Research Institute of Stavanger
Posted by Unknown at 3:12 AM