Capturing the Deep: The Baited Trap

Do you ever wonder what strange creatures are lurking in the deep sea?
We've all seen the footage on the Discovery Channel or in National Geographic specials, but Jeff Drazen's baited trap gives scientists on board a chance to see, touch, and sample fish and invertebrates from the deep sea with their own hands. 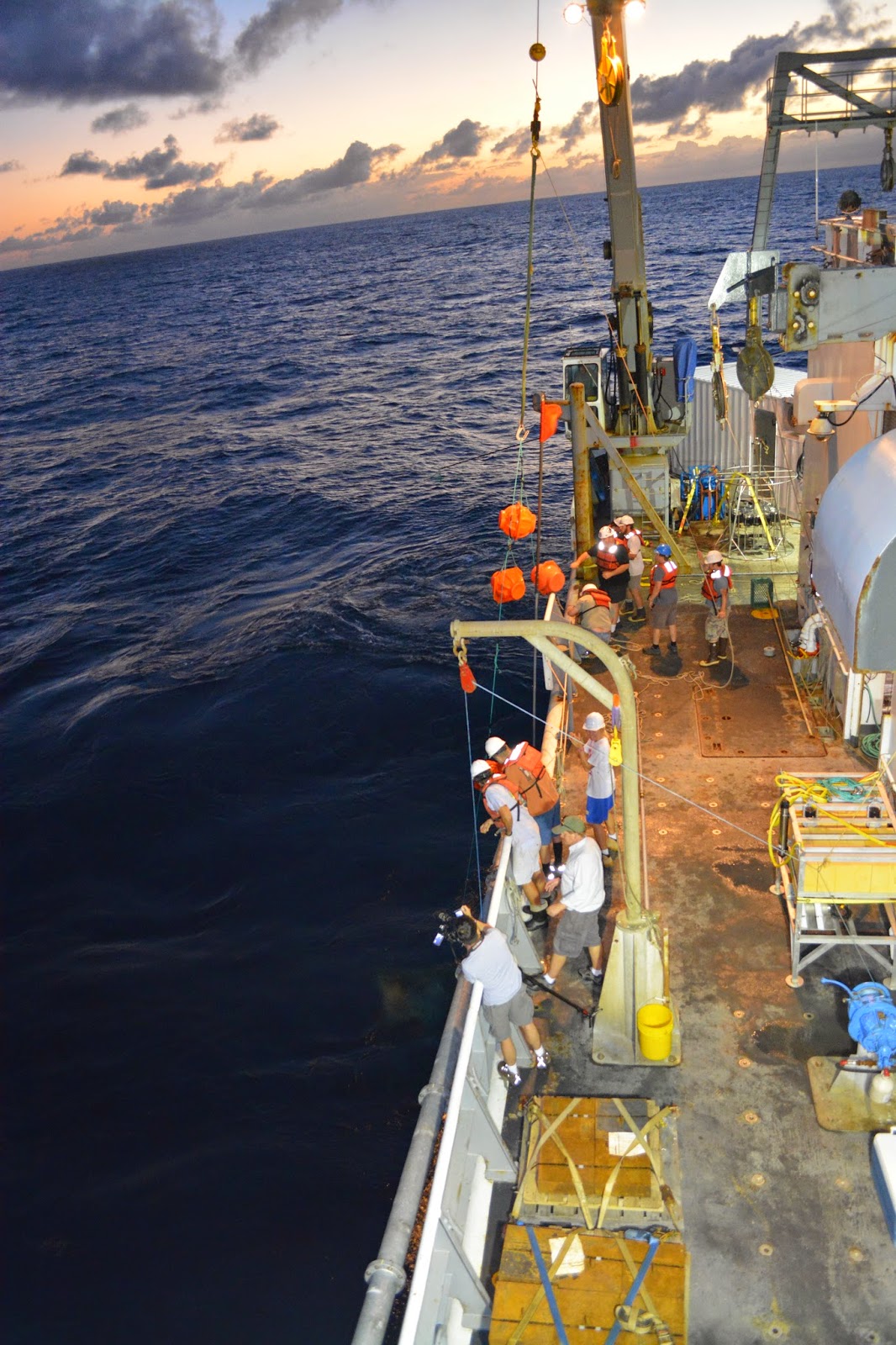 Astrid Leitner and Clif Nunnally make up the shipboard team responsible for all things baited-trap. They handle the deployments, maintenance, and processing of creatures pulled up in the trap.

The baited trap is a free-vehicle, so it is released off the side and later called to acoustically from the ship. The acoustic release on the lander then releases the weights that hold it to the bottom and begins the journey to the surface. At the sample depth of 4 km, which we have been experiencing on this cruise, it takes the lander nearly two hours to reach the surface! 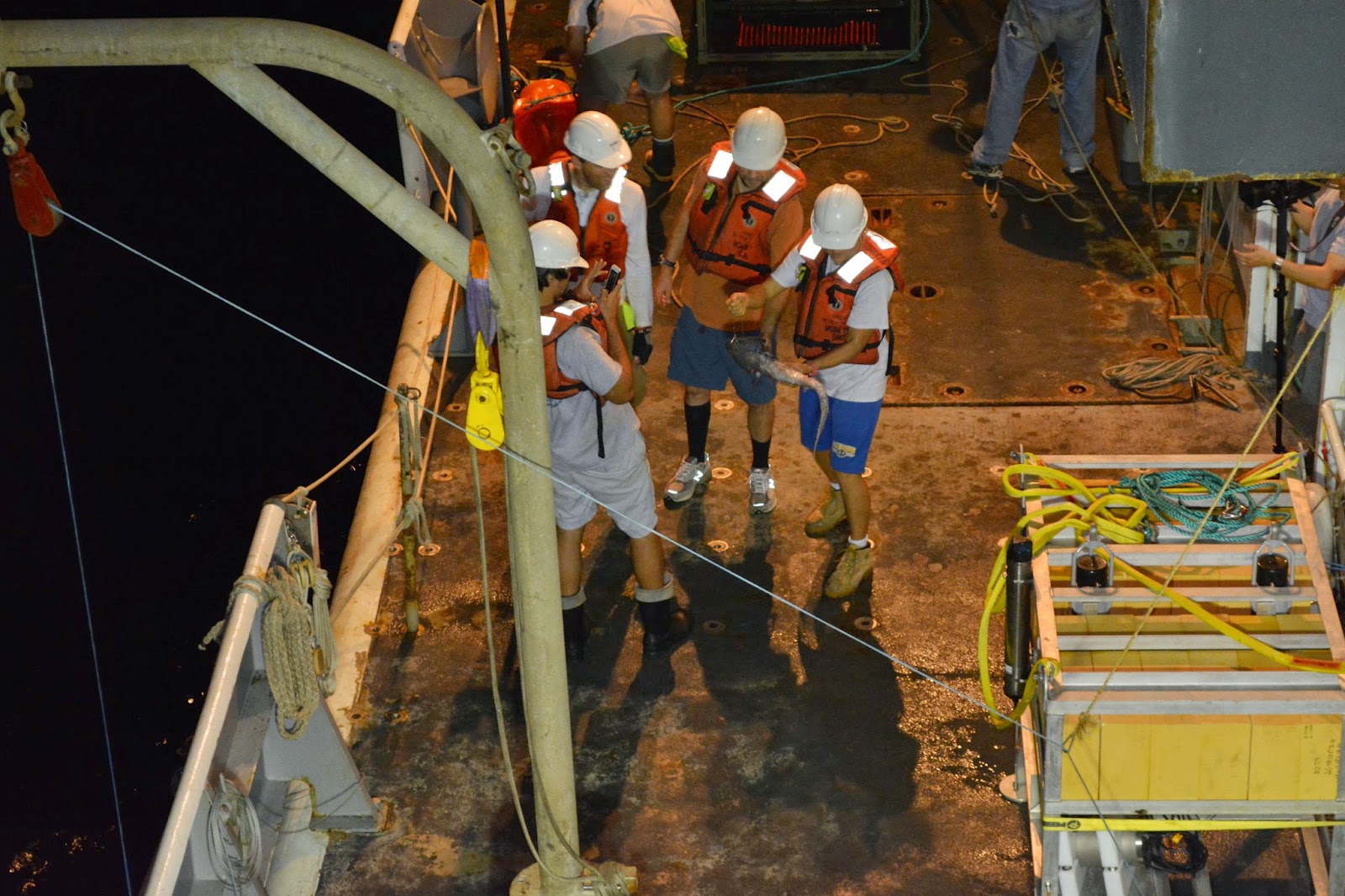 The trap usually brings back amphipods, rattail fish, and their parasites. Here Astrid is shown displaying a rattail for Craig Smith, the chief scientist, and Oliver Kersten, a graduate student from HPU. 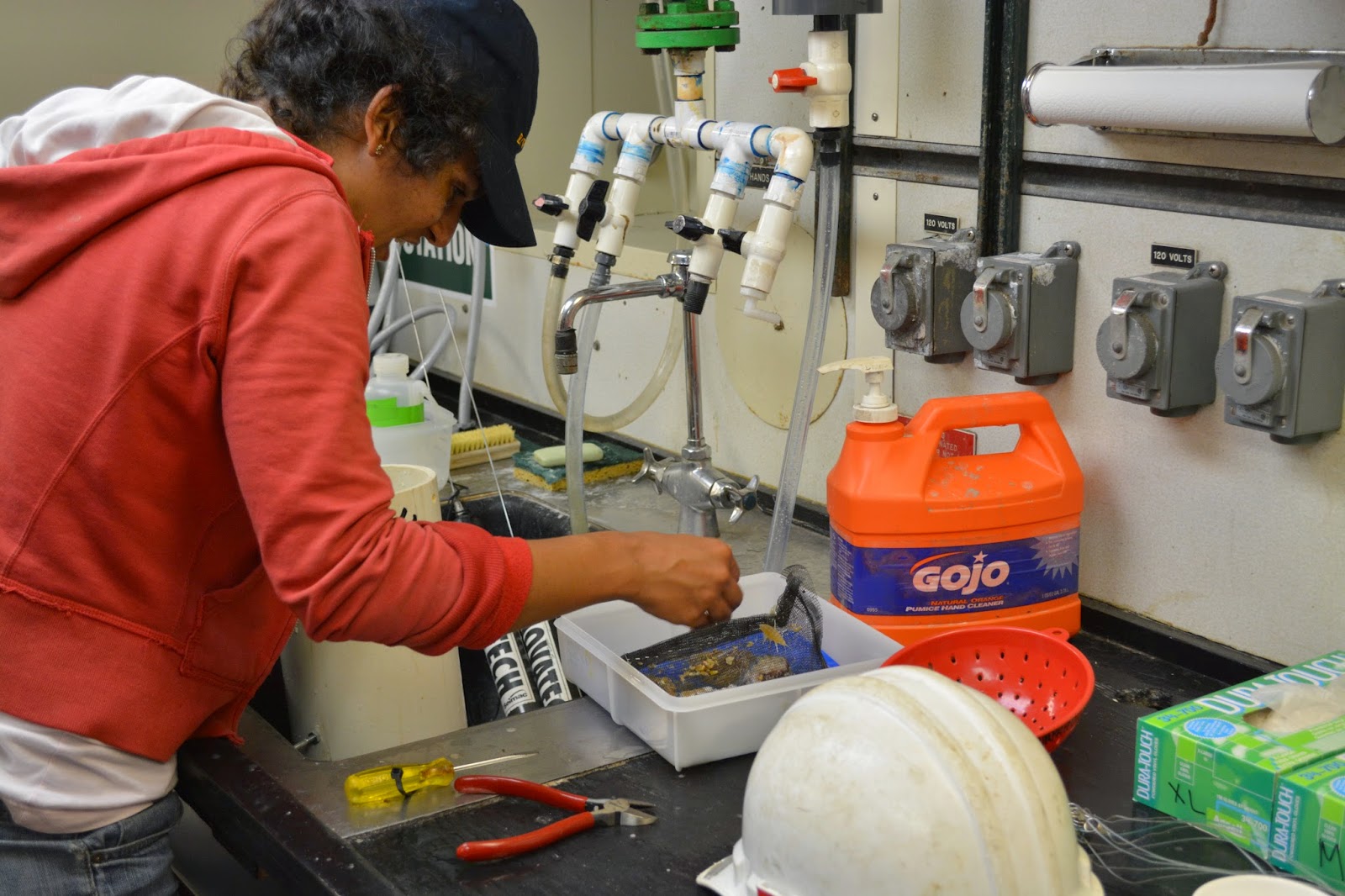 Diva Amon removes the amphipods from the smaller trap that was placed inside the baited trap lander. 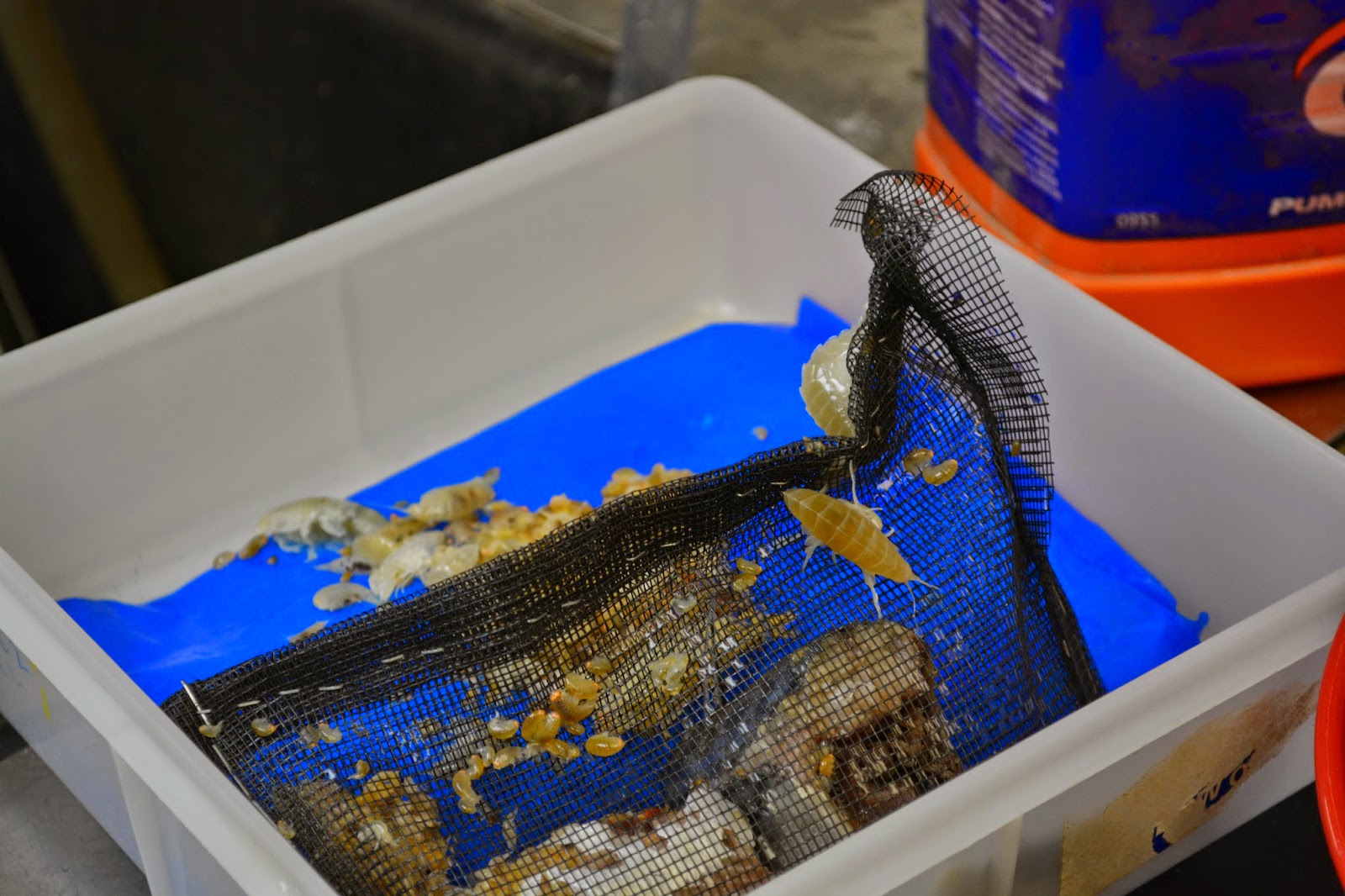 A Eurythenes gryllus clings to the mesh of the bait bag from the trap. 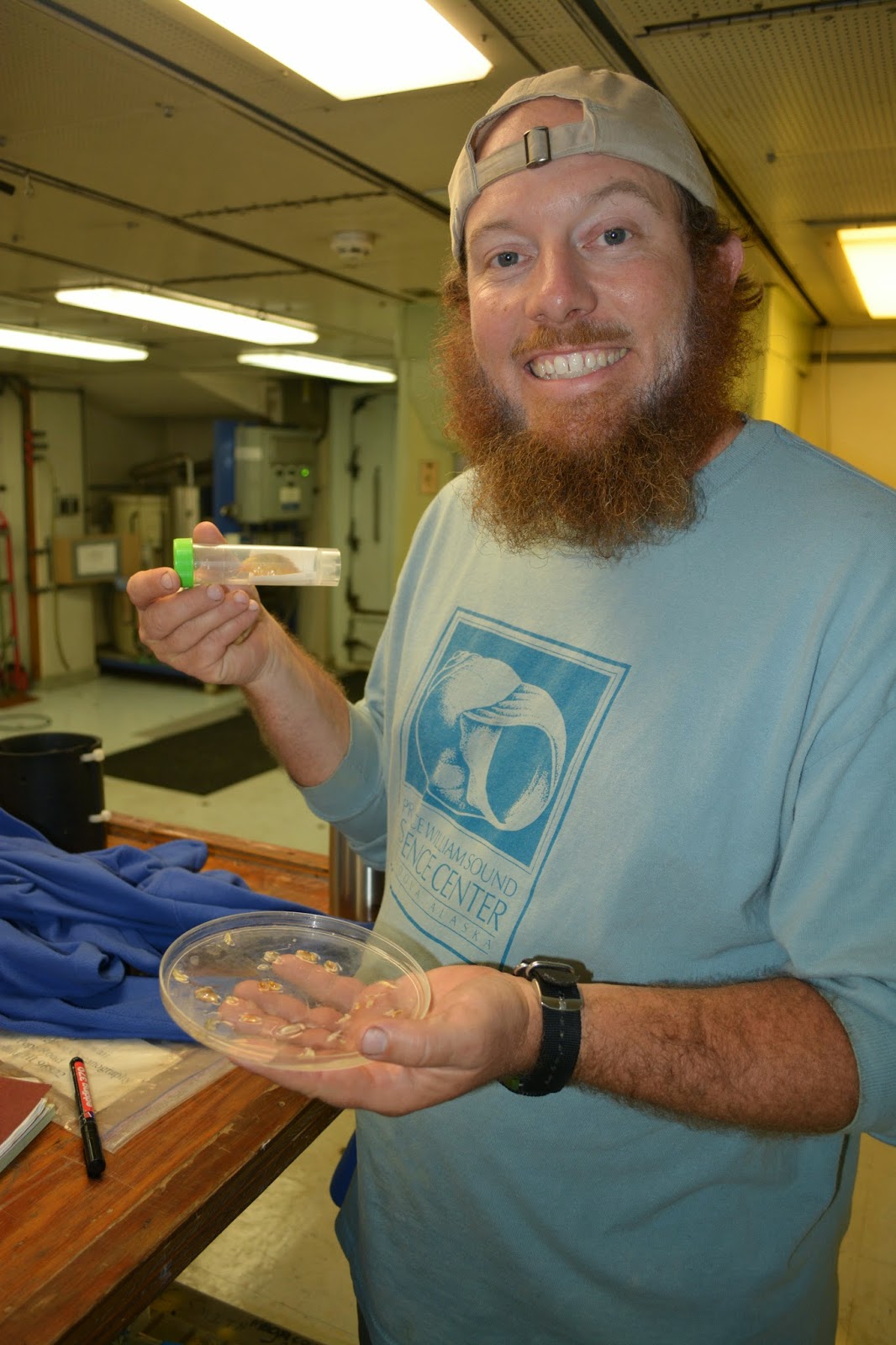 Clif displays several amphipods from the baited trap that will be preserved for later analysis. 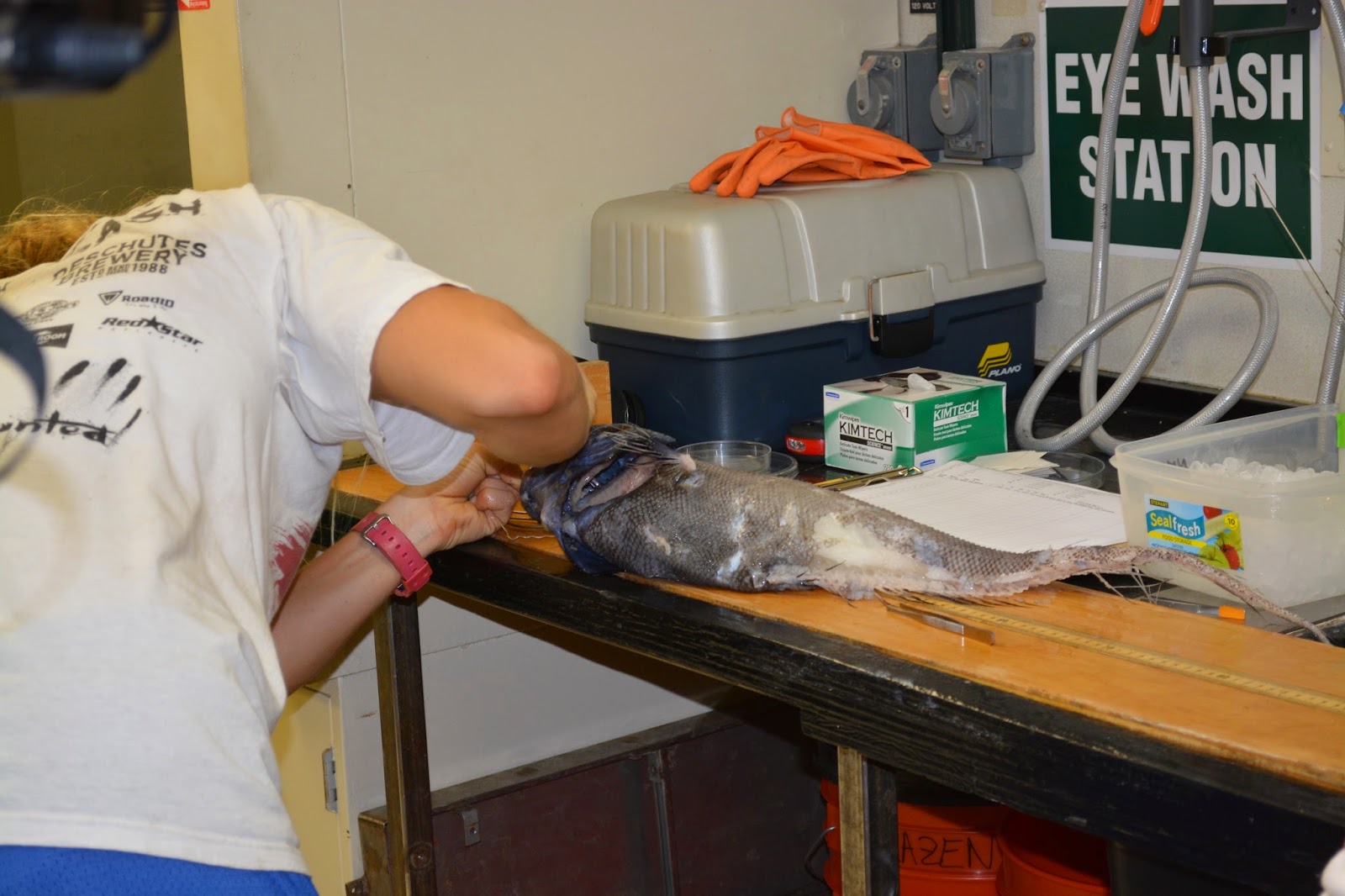 Astrid inspects the fish from the trap. She takes tissue samples and removes any parasites before preserving the whole fish. 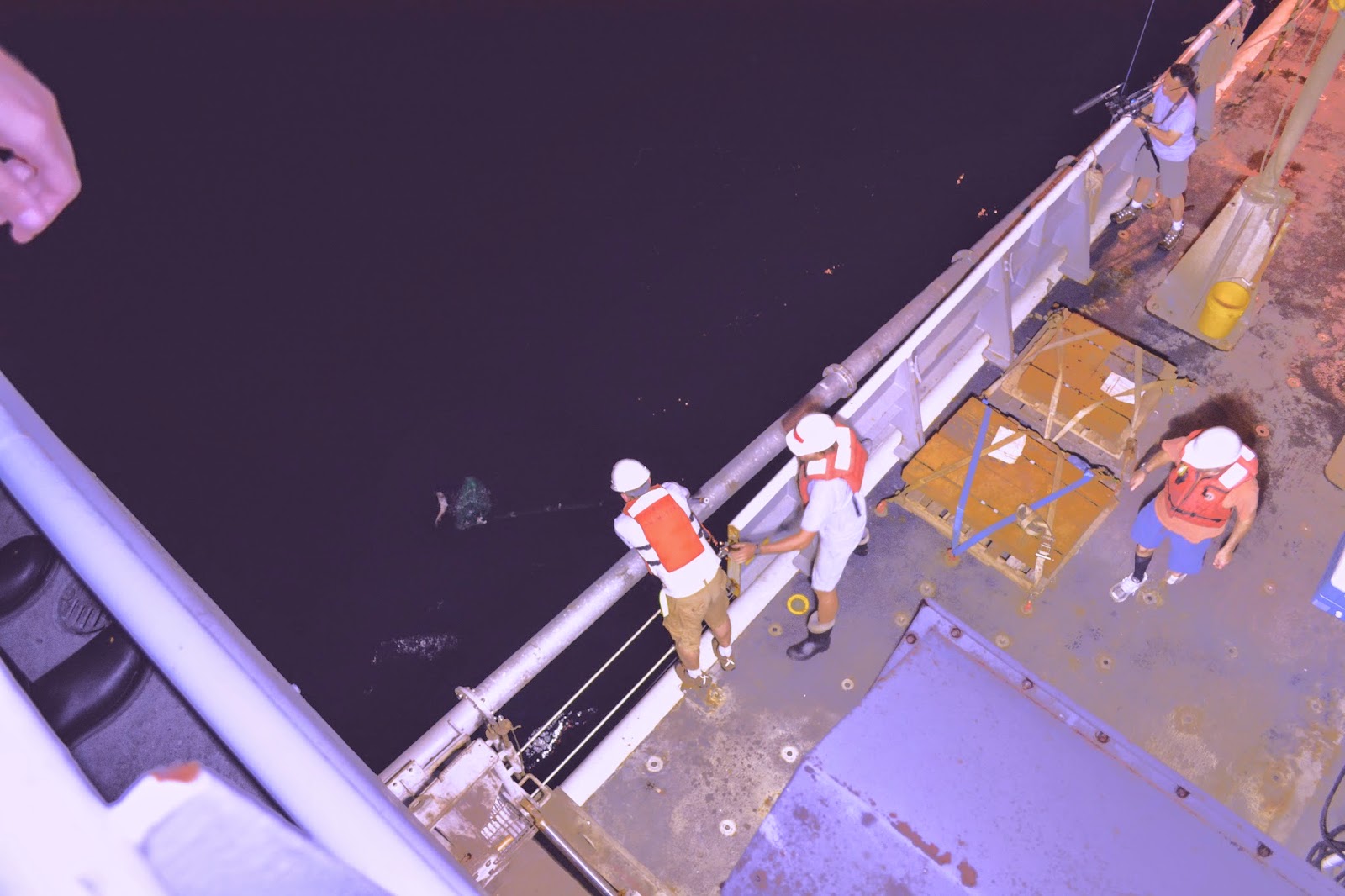 Andrew Sweetman manned the net to retrieve any fish that came loose during the baited trap recovery, and managed to save a rattail from floating away.
Written By: Cassandra Turner with information provided by Astrid Leitner, University of Hawaii at Manoa
Posted by Unknown at 4:13 PM