It's a bird, it's a plane, it's a Flying Fish! Flying fish can be seen skirting the water alongside the ship nearly every evening. 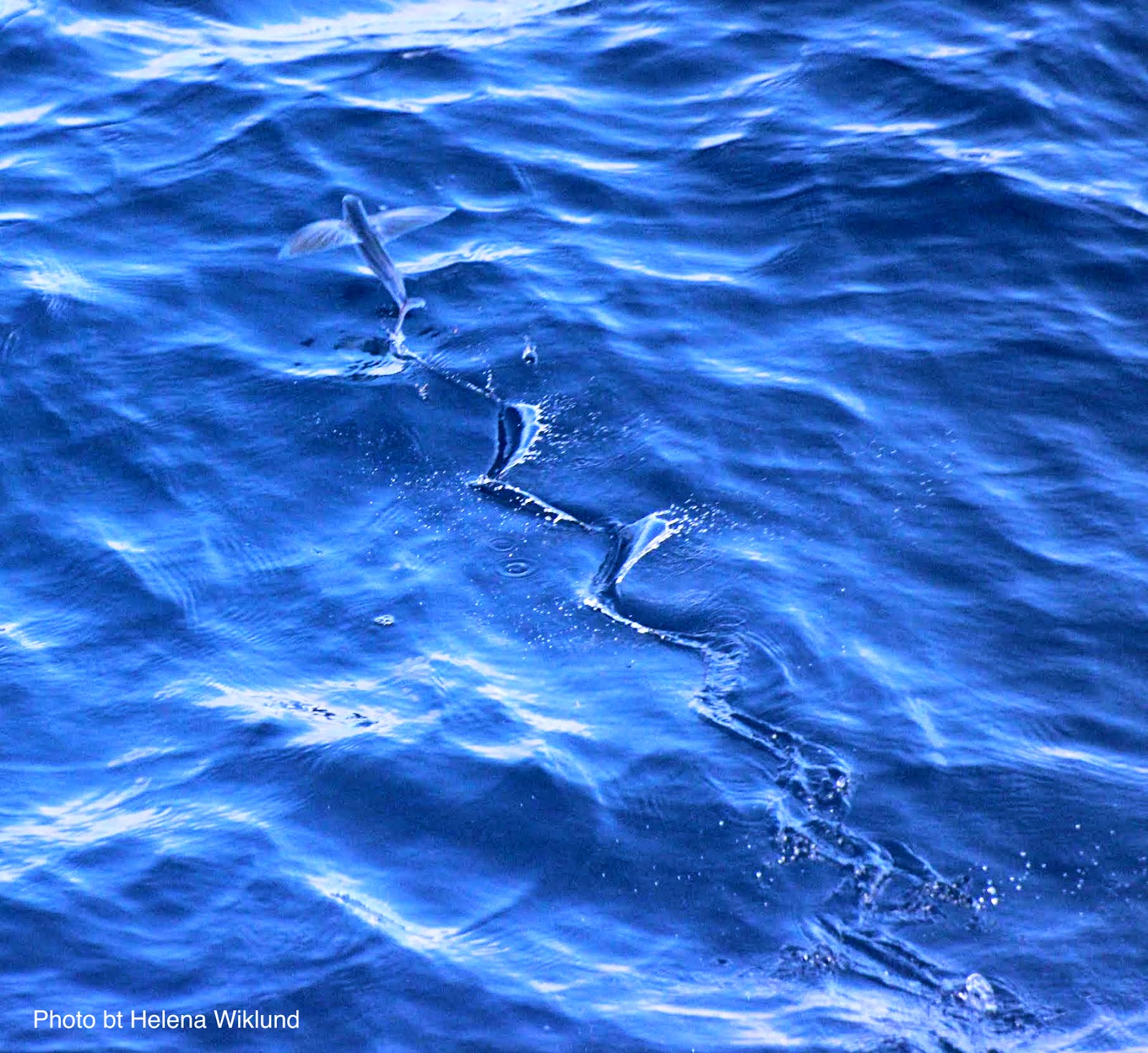 Helena Wiklund captured the graceful leap of this flying fish

Under the glow of the work lights from the back deck, we often see squid darting after the small flying fish in the black ocean below. Today, some squid mysteriously appeared on deck. We have jokingly deemed them "flying squid" because they certainly propelled themselves quite far from the water to reach the ship's deck. They must have really wanted to say "Hello!" 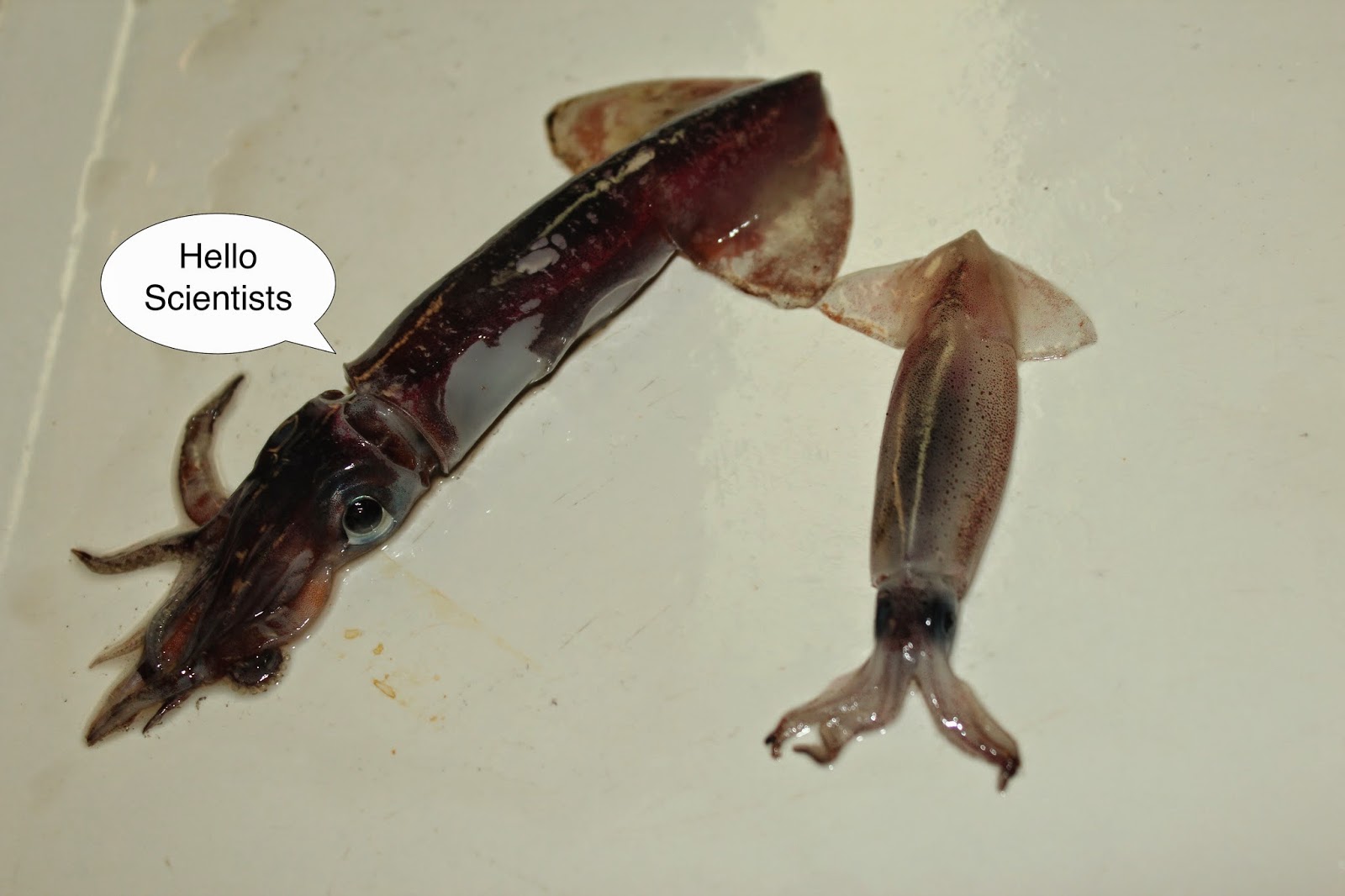 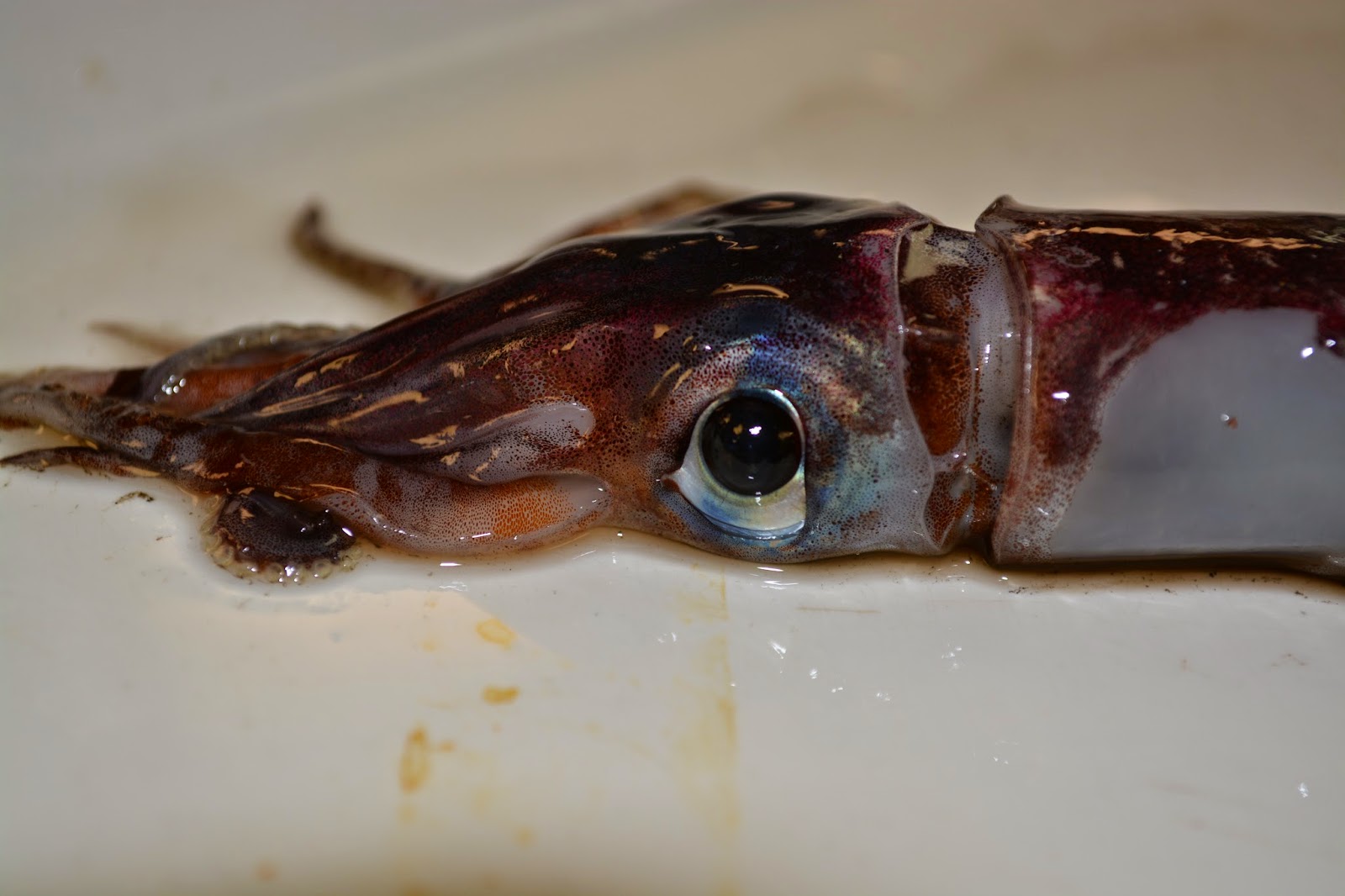 Boobies have effectively taken over the bow of the ship. Those are seabirds, for those of you with your minds in the gutter. 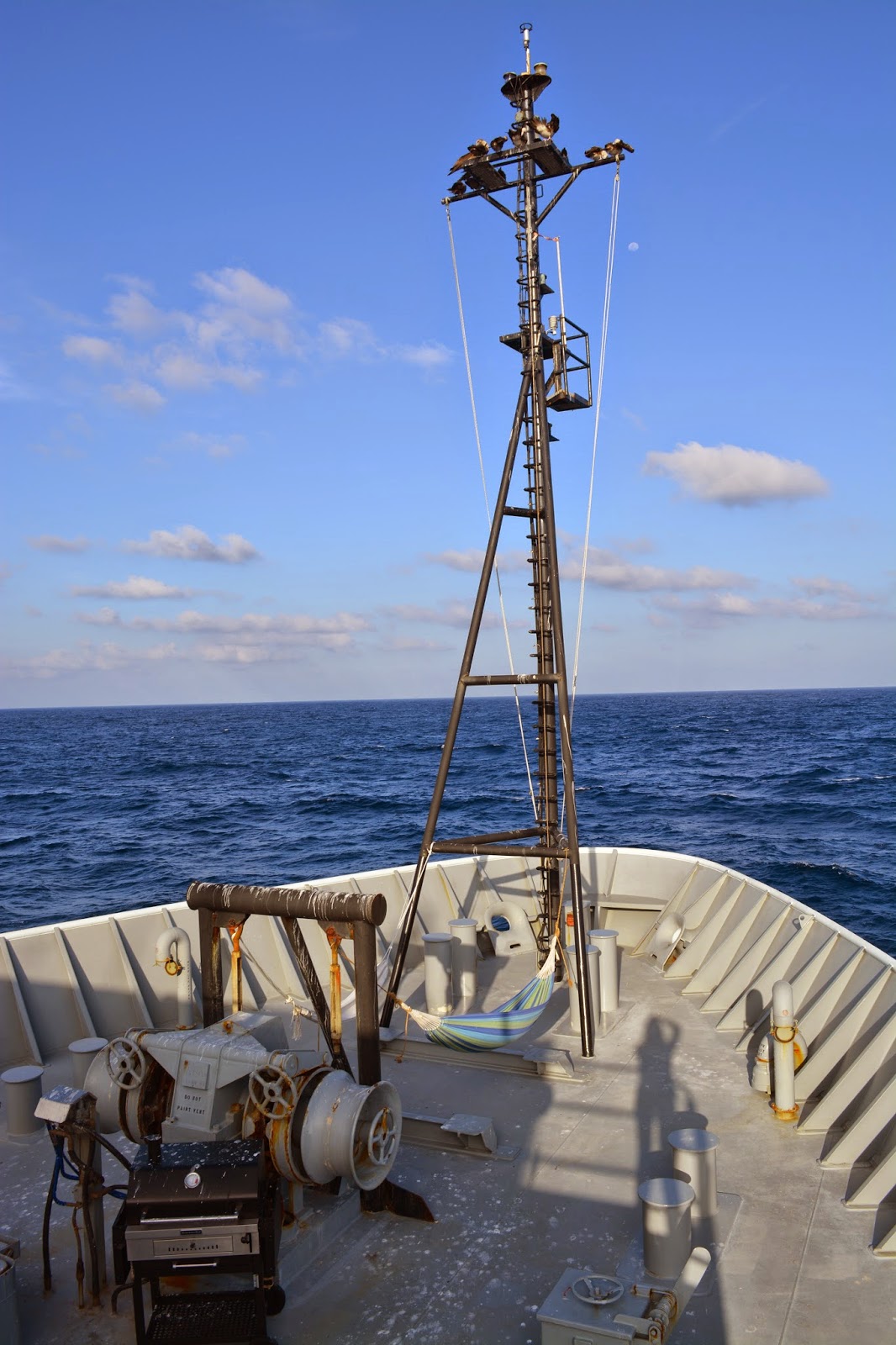 Perched atop the foremast the squawking, pooping birds make a mess of the foredeck. Just as they begin to to annoy you, one takes flight and you are reminded of their majestic beauty as they soar around the ship. 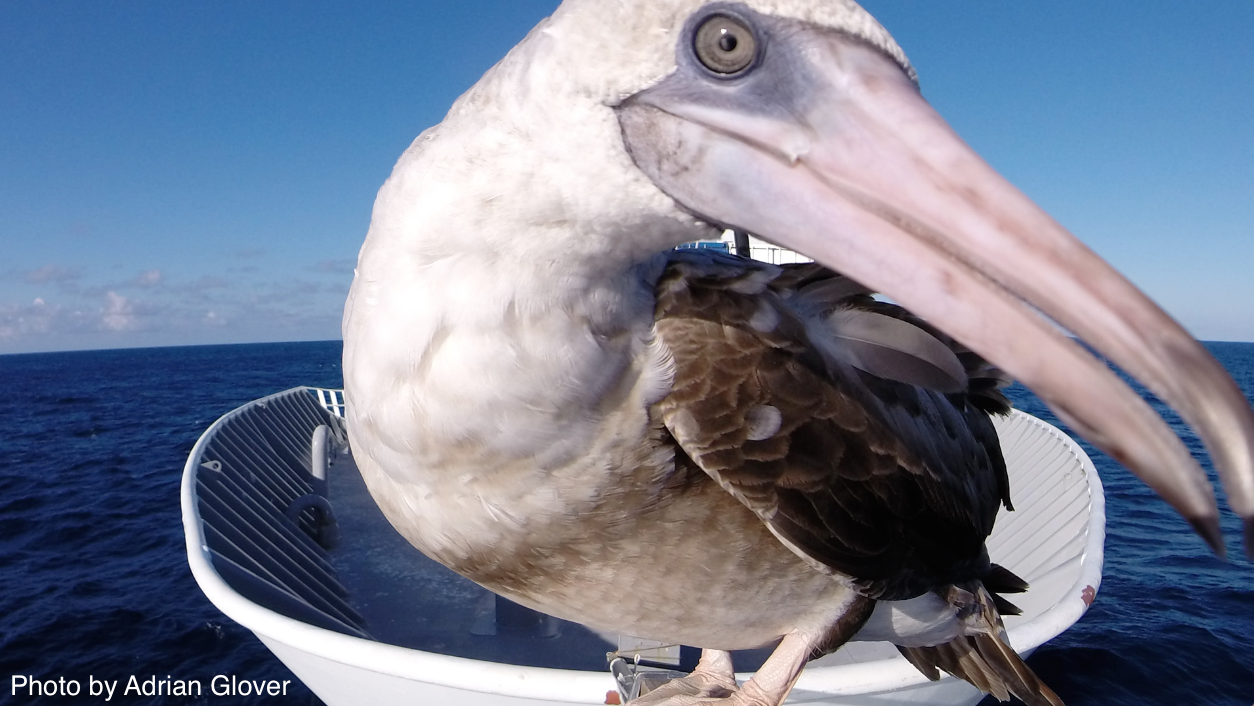 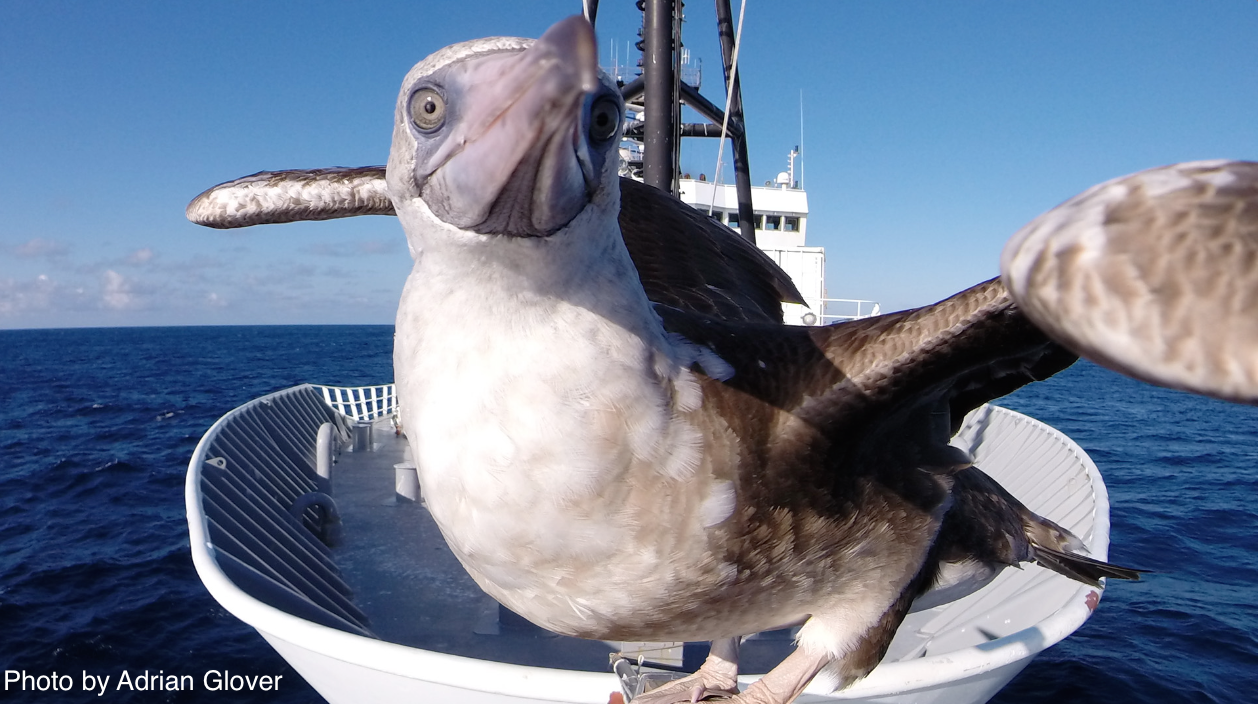 One booby got up close and personal with Adrian's GoPro. He was so inquisitive!

What other visitors have we had, you ask... Whales! 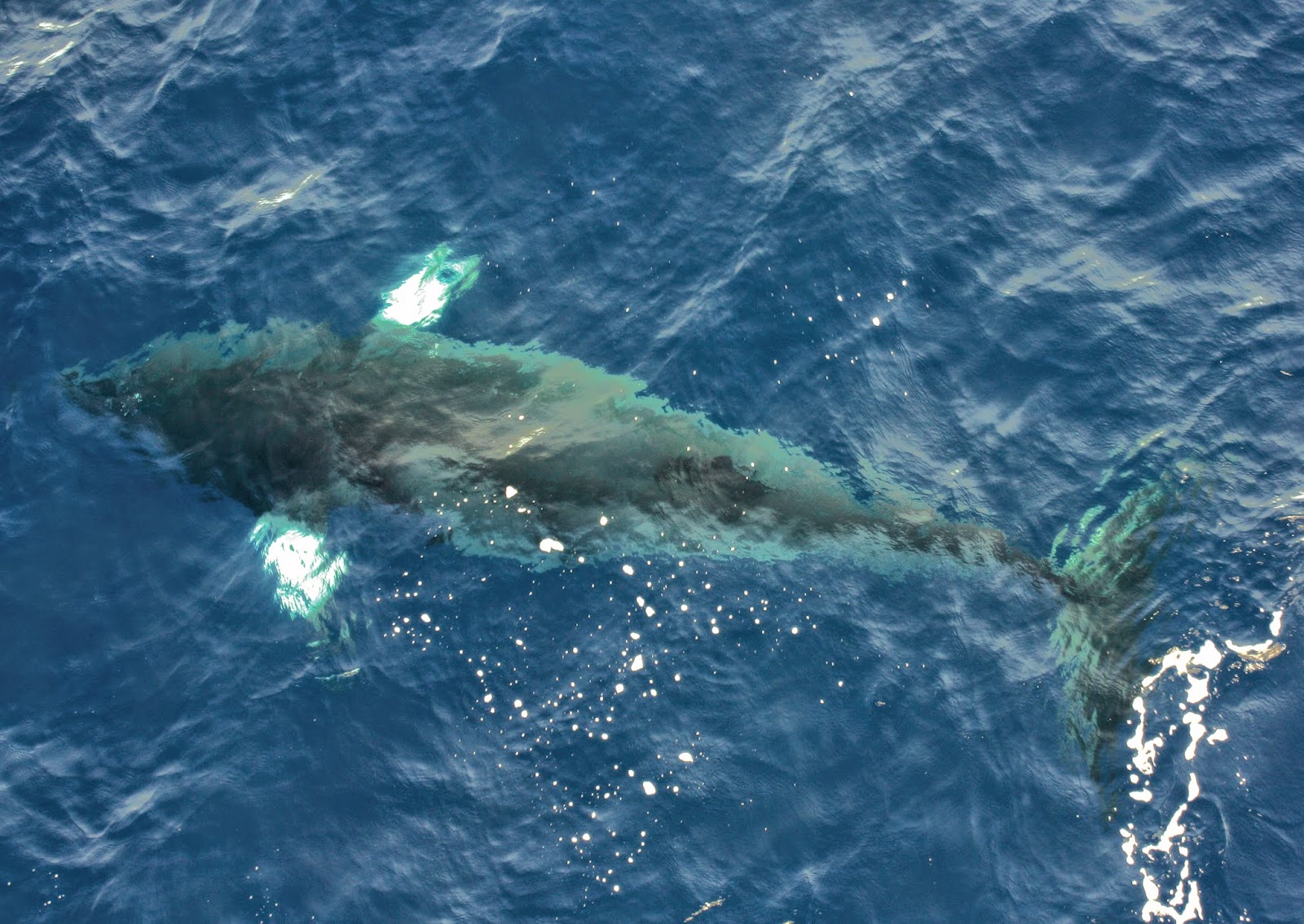 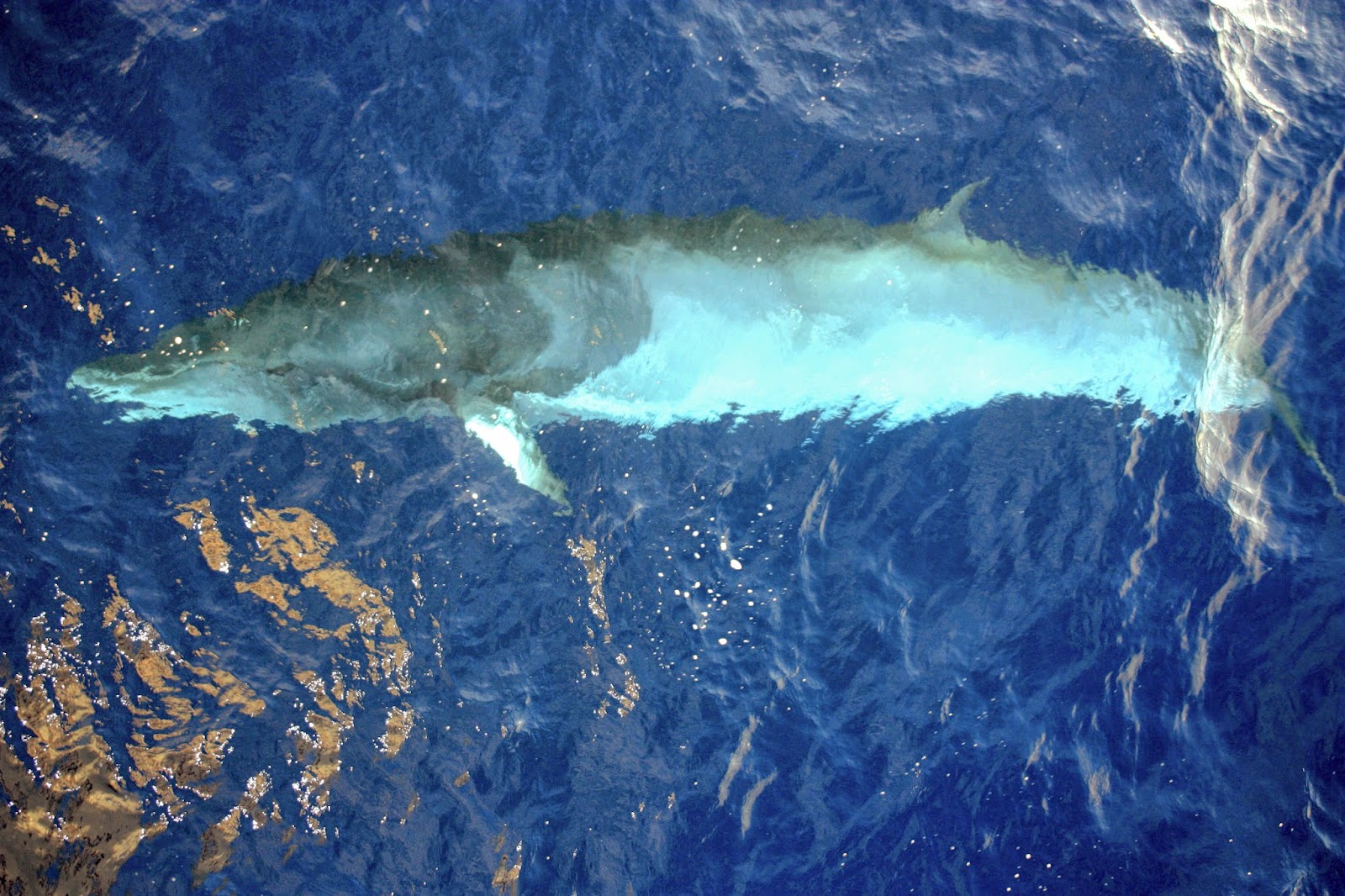 A small minke whale came up to investigate the ship and Lena Albers managed to snap some excellent photos of the moment she shared with this amazing animal.


The whale visited us on two separate days, we believe that he may be attracted to the chirping of the pinger on our sampling gear as he came in quite close to investigate.


The usual suspects have been showing up in our box cores, and we've managed to collect some fairly large ophiuriods [brittle stars] and xenophyophores [forams] 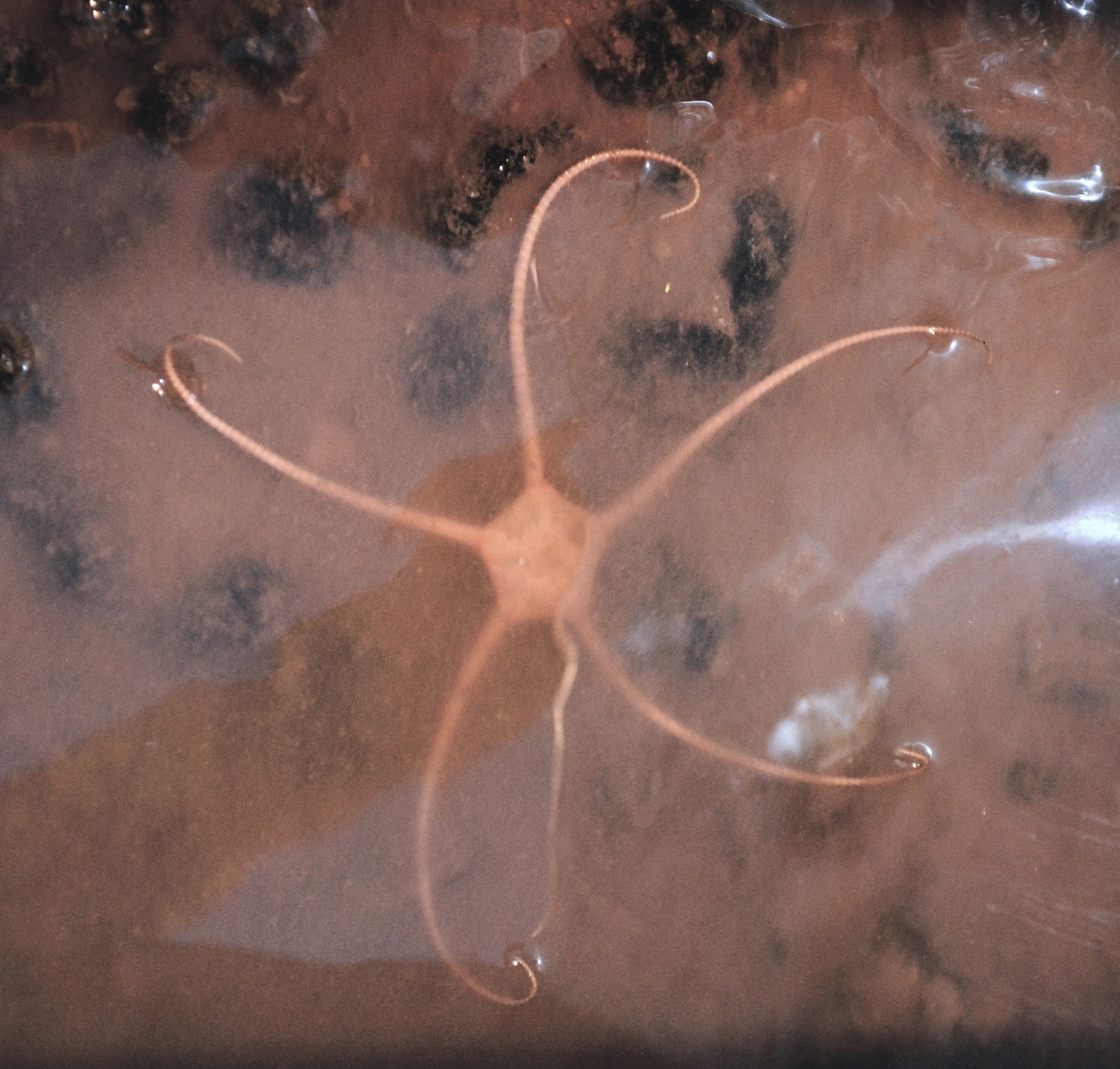 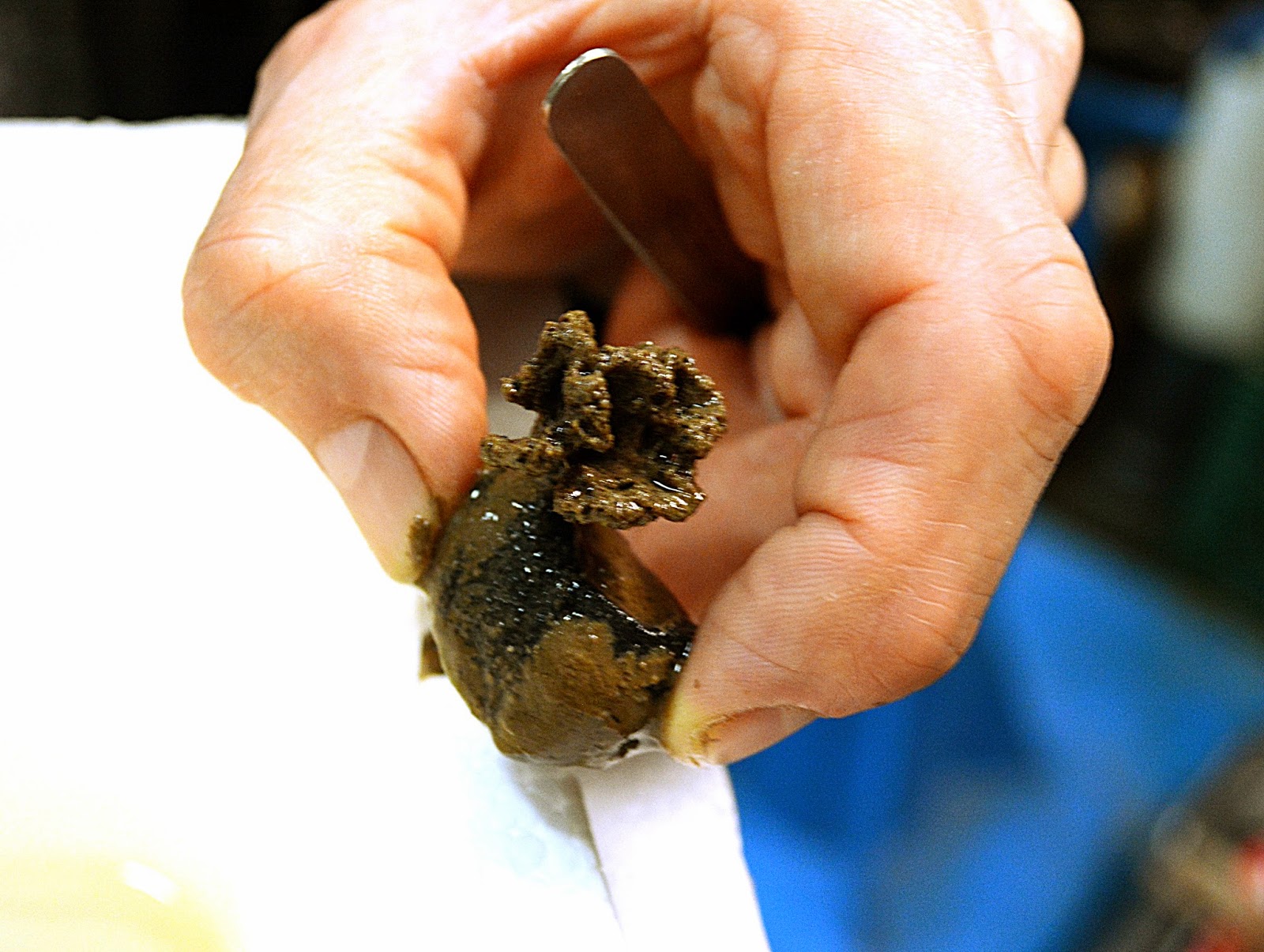 Written by: Cassandra Turner, University of Hawaii at Manoa